In 2018, NRM South received funding to re-establish the Orange Hawkweed Network (which had been in place since 2003) and develop a status report based on updated knowledge of its range and spread.

Orange Hawkweed (Pilosella aurantiaca subsp. aurantiaca) is a declared weed under the Tasmanian Weed Management Act 1999. It is an aggressive invader and forms dense mats. Without control measures in place, it poses a significant smothering threat to native and agricultural landscapes. Orange hawkweed infestations are found in Kosciuszko National Park in NSW and alpine areas in Victoria. In Tasmania, infestations exist in Fern Tree, with patches throughout the Central Highlands, Southern Midlands and other grassland, pasture, and roadside sites.

This weed has the potential to grow in most Tasmanian areas at altitudes over 1,000 metres, although is currently found at lower levels. It can easily spread to disturbed areas, such as fire-affected sites.  It is of the upmost importance that we address the existing infestations and prevent further spread, as the impacts of this weed could be both environmentally and economically disastrous. Some of our pristine natural areas, such as the Tasmanian Wilderness World Heritage Area, are at risk.

Orange hawkweed has bright orange flowers, but outside the flowering season (usually January to March) it is difficult to detect. The extremely hairy leaves of this plant are a unique feature to initially look for when trying to identify this weed.  Even as very young plants, the leaves have very characteristic long hairs that seem disproportionate to the rest of the plant. It spreads by seed dispersion and by extensive networks of stolons (above ground) and rhizomes (underground).  Interestingly, these root-like structures appear to emit a strong scent, attracting detector dogs to the infestation site – but more on dogs later.  Pollination occurs via insects and the wind, and their pollen is allelopathic. This means that it can affect the natural functions of surrounding plants, and in this case, it can inhibit the pollination, germination of seeds, and seedling growth of surrounding plants.

The use of detector dogs to help sniff out problem weeds is relatively new, but has seen a lot of success both on the mainland and overseas. Using a trained dog to sniff out orange hawkweed could help identifying plants that people have missed or the underground rhizomes (which remain when the plant has died back above ground). Using scent is highly efficient to detect rhizomes and small plants that may be growing in dense scrub/grasslands. NRM South supported detector dog training trials on orange hawkweed for “The Fonz”, a black German shepherd.  Fonzie appeared to be a quick learner, having already mastered the scent of serrated tussock. 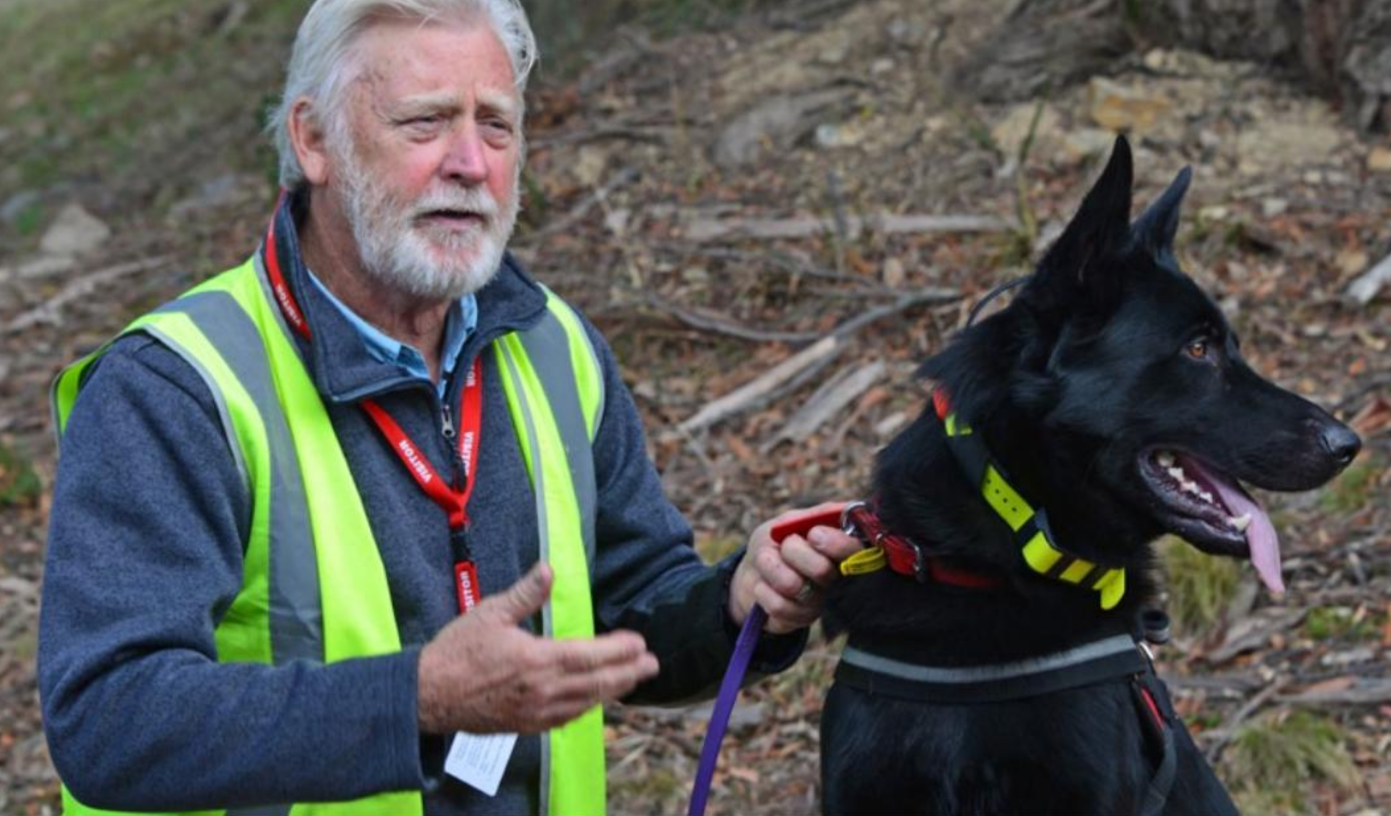