This project aims to reduce the impact of cats (domestic, stray and feral) on north Bruny Island’s eastern quoll population. This will be done by removing feral and stray cats from north Bruny Island and assisting residents and visitors in complying with the Bruny Island Cat By-law.

Feral cats have contributed to the extinction of at least 22 Australian mammal species since colonisation and are continuing to drive biodiversity declines across Australia. Removing cats on a landscape scale remains an ongoing challenge in Australian conservation. As a result, islands, particularly those with threatened species such as Bruny Island, are increasingly being valued as potential safe havens for biodiversity. Island based cat management programs that work towards eradication can have lasting positive outcomes for wildlife in these landscapes.

Bruny Island was selected as an ideal site for cat management as it is a critical stronghold for the eastern quoll (Dasyurus viverrinus). This species has been extinct on mainland Australia since the 1960s and as a result is one of 20 priority mammal species listed under the 2015 Threatened Species Strategy. Tasmania’s eastern quoll population has been steadily declining over the past two decades, due in part to predation by cats.  Cat management on Bruny Island aims to support the long-term persistence of this species and other native wildlife on Bruny Island. Cat control will also have positive benefits for the island’s sheep farmers, as cats harbour diseases. This project builds on the 2017-2019 Bruny Island Cat Management project (more information can be found here).

This project is helping to protect eastern quoll from cat predation on north Bruny Island through the following actions; Ongoing community involvement has been critical to successful cat management on Bruny Island. A 2018 community survey on the island found that ~90% of respondents support cat management (including feral cat eradication). Community engagement is growing, with increasing numbers of residents and visitors reporting cat sightings, and community members helping to trap feral cats on their properties.

Browse through the sections below to see how you can contribute to cat management on Bruny.

How you can help If you own a cat and live on, or regularly visit Bruny Island:

If you want to help with cat management, you can: The By-Law states that cat owners on Bruny Island must;

It is also illegal for anyone to feed any stray cats on Bruny Island.

Cat registration is free and help is available for cat owners to comply with the By-Law including: The cat facility at Alonnah provides a place for the community to bring domestic or stray cats that need a new home. At the facility cats are cared for, assessed and either reunited with their owner or if possible, rehomed by the Ten Lives Cat Centre.

In 2020-2021, 13 stray cats were taken to the Bruny Island Cat Facility, the majority of these cats were able to be rehomed through the work of the Ten Lives Cat Centre.

If you’d like to visit or bring a cat to the facility, please contact Kingborough Council’s Cat Management Officer on 03 6211 8284 or [email protected]. 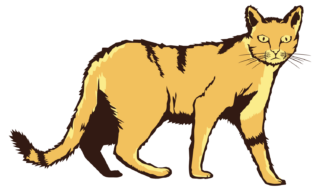 Assistance is being offered to Bruny Islanders to trap stray cats on private land. By arrangement, traps and assistance are available. Captured cats are taken to the Bruny Island Cat Facility at Alonnah for assessment and care.